Rolls-Royce is to give £2,000 as a one-off payment to 14,000 of its UK workers in the latest sign of employers reacting to the cost of living crisis.

Rolls-Royce is one of the largest manufacturers in the UK, employing just under 20,000 people at its plants across the country, including at sites in Derby and Bristol.

Under the proposals, first reported by Sky News, junior managers will receive the bonus in August. Union members will receive it once the offer has been accepted by Unite, the union.

The company is among a handful of employers that have decided to award employees additional pay to help with rising food and energy costs in recent weeks. Lloyds Bank this month announced that 64,000 employees would receive a £1,000 bonus.

In a memo to staff outlining the offer, Warren East, Rolls-Royce chief executive, said: “We are living through exceptional times, with economic uncertainty largely driven by the continuing impact of the global pandemic and more recently the war in Ukraine.

“All of this is impacting each of us at home, at work and in our pockets.”

East goes on to say that a “simple wage increase” is “just not affordable and, in fact it would be irresponsible”, adding that it would damage the company’s “future competitiveness in the UK, by adding too much cost into the long-term wage bill at times of such high uncertainty”. 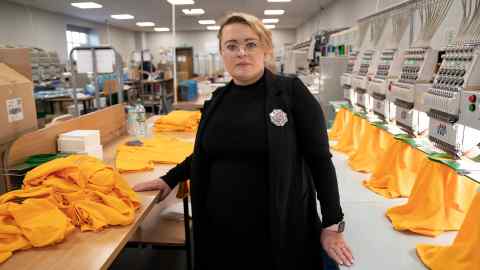 The FTSE 100 company, which is paid by customers according to hours flown by aircraft fitted with its engines, took a big financial hit from the grounding of flights during the coronavirus pandemic. It cut thousands of jobs and was forced to shore up its balance sheet with £7.3bn of new equity and debt in 2020.

The pay proposals will cost the company about £45mn. Rolls-Royce told investors in February that it expected to be “modestly” cash positive this year, with analysts forecasting it will generate £134mn in free cash flow.

Rolls-Royce said the £2,000 lump sum was to help its workers “through the current exceptional economic climate”.

The company added that the 4 per cent increase being offered to shop floor staff represented “the highest annual pay rise for at least a decade” and, together with the cash sum, “these measures represent around a 9 per cent pay increase for them”.

Fed rates up, stocks up, BoE and ECB up next By Reuters

Crypto Trader Identifies a Change in the Altcoin Market…