Premier League revenue is set to rise 10 per cent to £6bn this season as the soaring value of international TV rights puts more distance between the English top tier and its European rivals.

The Premier League is expected to earn more from its overseas rights than from its domestic UK TV deal for the first time this season, thanks largely to its new $2.7bn six-year deal with Comcast’s NBC to show games in the US.

Europe’s top leagues are struggling to keep up, according to Deloitte’s annual football finance report released on Thursday. Revenue at Spain’s La Liga is projected to remain flat this year at €3.7bn, while Germany’s Bundesliga will enjoy a 16 per cent boost to €3.6bn.

Of the two smallest of the continent’s “Big Five” leagues, Italy’s Serie A is on track to generate €2.4bn this season, a slight rise on last year, while income at Ligue 1 in France is estimated to stay at €1.8bn. Revenue at both leagues has yet to return to pre-coronavirus pandemic levels.

The widening gap is partly explained by timing — some European leagues are locked into long-term broadcast deals that are not up for renewal for a number of years. The Bundesliga, for example, is only two years into its six-year US deal with ESPN.

Bayern Munich chief executive Oliver Kahn recently told the FT that increasing the value of German football’s US rights was now the top priority for those in the game. Bayern was one of a number of big European clubs that toured the US this summer in an effort to create a buzz around football leagues outside England.

But the latest US rights deal showed how far ahead the Premier League is in terms of commercialising its overseas appeal.

“There is a real sense [at European leagues] that more can be done internationally. They want to feel as though they can catch the Premier League,” said Tim Bridge, lead partner of the sports business group at Deloitte. “But the reality is now that the Premier League is streets ahead of the competition.” 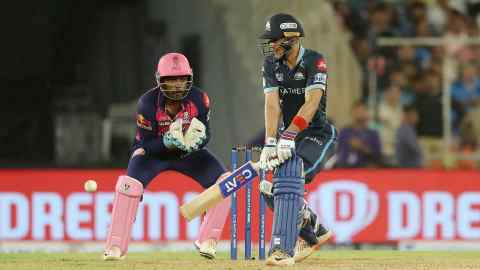 Despite the booming income at Premier League clubs, teams in the second tier of English football are under increasing financial pressure. Many clubs in the Championship have spent big sums on players in an effort to reach promotion to the Premier League. The financial gamble has resulted in large debts and high wage bills.

In the 2020/21 season, the most recent that Deloitte gives figures for, the typical Championship club had a wages- to-revenue ratio of 125 per cent, a problem made worse by an 11.5 per cent fall in revenue. Total net debt in the league rose 32 per cent to £1.8bn.

In its report, Deloitte described the finances in the Championship as “perilous” and warned that “without sustained and collaborative consideration for the English football system”, the situation was likely to get worse.

Reject CBDCs and look to BTC and stablecoins instead By…