After a sharp selloff yesterday, futures on the , , and as well as European stocks traded higher, bucking a mixed Asian session. Indexes hit new 2022 lows on Monday on persistent worries about inflation and the economic growth outlook.

Gold rallied benefiting from weakness in the dollar.

All four US index futures were at least 1% higher with the NASDAQ and Russell 2000 leading the recovery after both slumped over 4% yesterday.

In Europe, the Index appeared to find its footing, regaining almost half of yesterday’s plunge. However, the pan-European benchmark has a lot to make up if it is to recover from the near 7% loss in the last four sessions amid its steepest slide since June 2020.

A fall below the Mar. 7 trough will establish a long-term peak-trough downtrend.

In London, the opened higher, but found resistance and could not extend its advance. Leading the charge was Melrose Industries (LON:) which outperformed, jumping 5.5% and Standard Chartered (LON:) which rallied 2.9%.

Utilities and pharmaceuticals—defensive stocks—were among the few sectors that sold off.

Asia was uneven, with Hong Kong’s falling 1.84%, driven by a selloff in tech stocks as traders there took their lead from Wall Street’s steep tech losses on Monday.

China’s , which rose over 1%, was the only bright spot in Asia, as traders bought into Beijing’s promise to support the ailing economy.

Treasury yields on the note opened lower, extending their decline to a second day, as bond traders bought into the selloff in a mirror image of today’s risk-on.

The slipped from its highest level in 22 years, but then recovered. We consider the decline as a corrective move within an uptrend from a technical perspective. 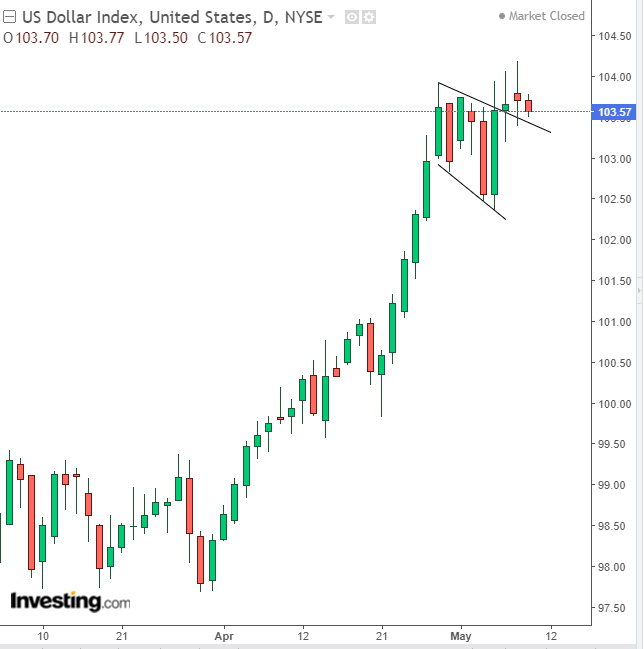 The greenback completed a falling flag, bullish after the preceding sharp advance.

found new demand amid dollar weakness, but then slipped. We remain on the yellow metal. 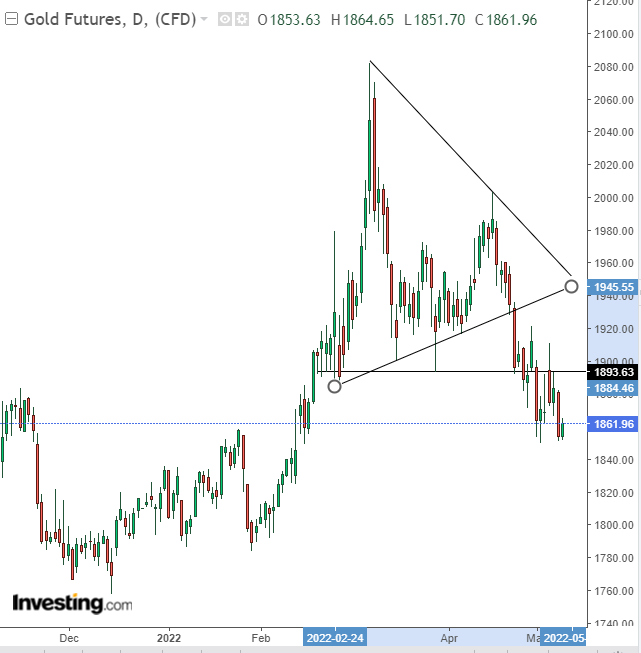 The price is rising off last week’s lows and may advance amid a return move after completing a bearish triangle—symmetrical or descending. What matters is the downside breakout. 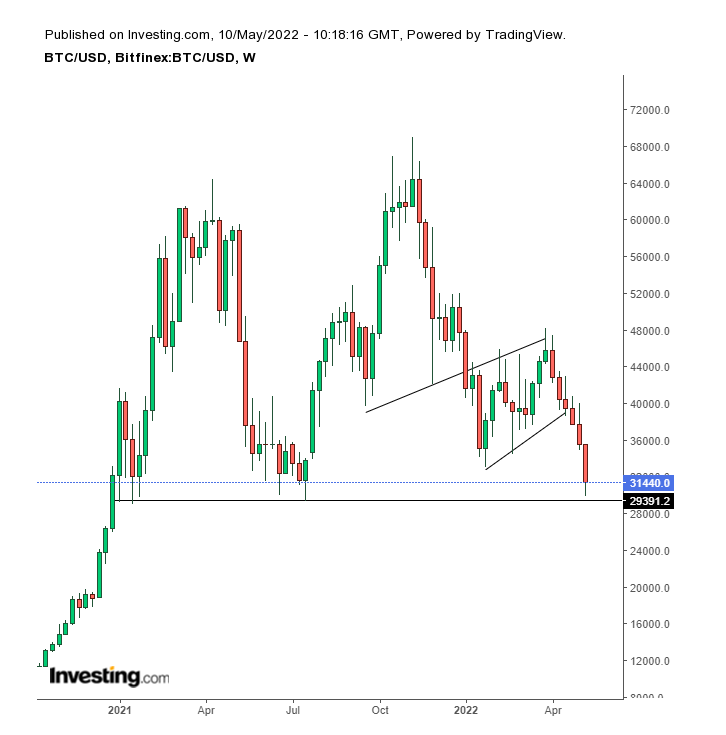 The cryptocurrency has bounced off the lows in January of last year. If , the digital currency will have completed a massive top.

sold off as the market remains volatile. The EU softened proposed sanctions that would deny ships carrying Russian oil passage which provided some respite to traders. Technically, we’re bullish on oil. 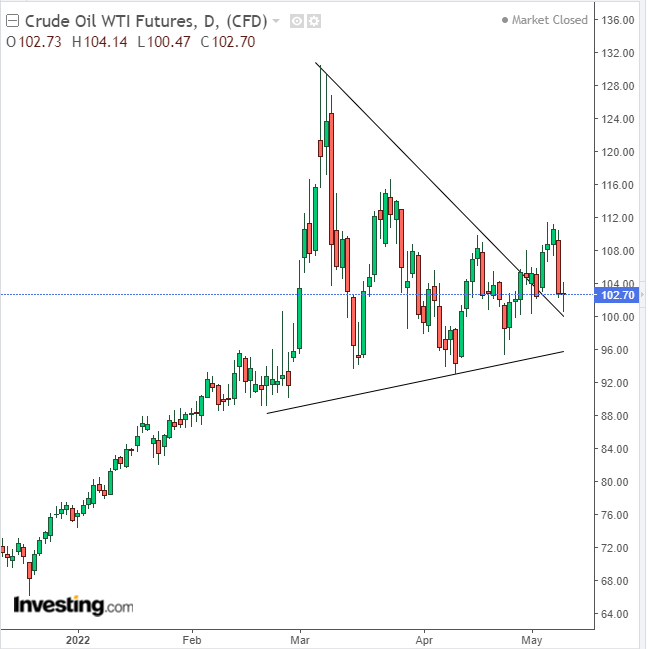 The price found support above a bullish triangle.

Commodity currencies bounce back but sentiment remains fragile By Reuters