On Thursday, , , , and futures extended the previous day’s selloff of the underlying gauges, and European shares also slumped.

Persistent inflation in the US dispelled any hopes that the Federal Reserve would ease its pace of policy tightening, ending the most accommodative monetary policy in history.

Crashing cryptocurrencies made a bad situation worse, as retail traders panicked, proving that this asset class is neither a haven nor a store of value.

Although all four leading indices contracts were in red, technology stocks, continue to underperform. The and the fell to their lowest levels since March 2021, while the and indices dropped to their lowest since November 2020. The and NASDAQ topped out.

In Europe, the sold off and the pan-European index reached its lowest level since Mar. 8. If it closes 0.75% lower than yesterday, it will be the weakest close since March 2021. prices jumped on a possible supply disruption from Russia while raw materials underperformed.

In the UK, the opened lower, recovered slightly and then slumped again. Britain’s shrunk by 0.1% in March, exacerbating stagflation worries —a slowing economy with high and high —as inflation remains high. This economic condition is difficult for policymakers as the tools required to tame inflation exacerbate unemployment. The FTSE 100 fell back below its 100 DMA, and the 50 DMA crossed below its 100 counterparts.

Asian markets took their lead from Wall Street which slid yesterday after the release of worse than expected figures. In Hong Kong, the plummeted 2.25%. The index was also dented by the dramatic arrest of a prominent which raised concerns of additional crackdowns.

The CPI release as well as comments from the Federal Reserve Bank of Atlanta President that he was happy to “move more” on raising rates saw Treasuries across the curve—maturing dates—climb. The note erased ten basis points. However, the curve flattened, with the between and 10-year narrowing, increasing the chances of an inversion, a leading recession indicator.

The extended its advance to a third day, after completing a bullish pattern, on the . 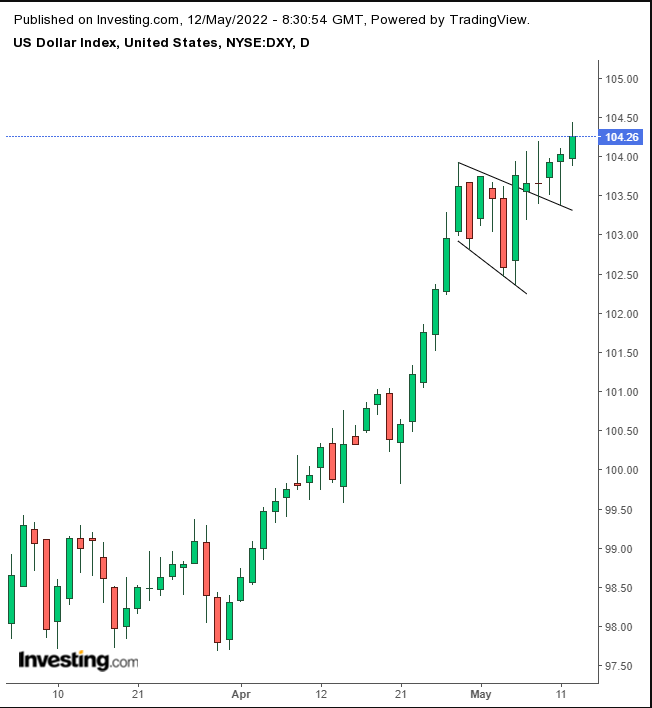 The recent intraday lows bounced off the top of the Falling Flag, bullish after the preceding sharp rise. 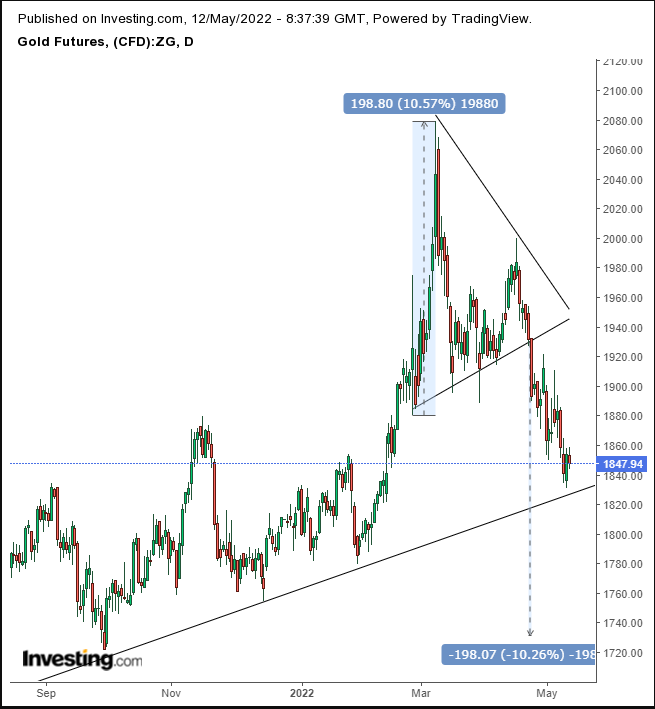 The yellow metal found support above its uptrend line since the August low. The implied target of the preceding triangle—which turned out to be bearish—targets the low $1,700s, well below the uptrend line.

() slid for the second straight day, extending the slide to 7 out of 8 sessions. 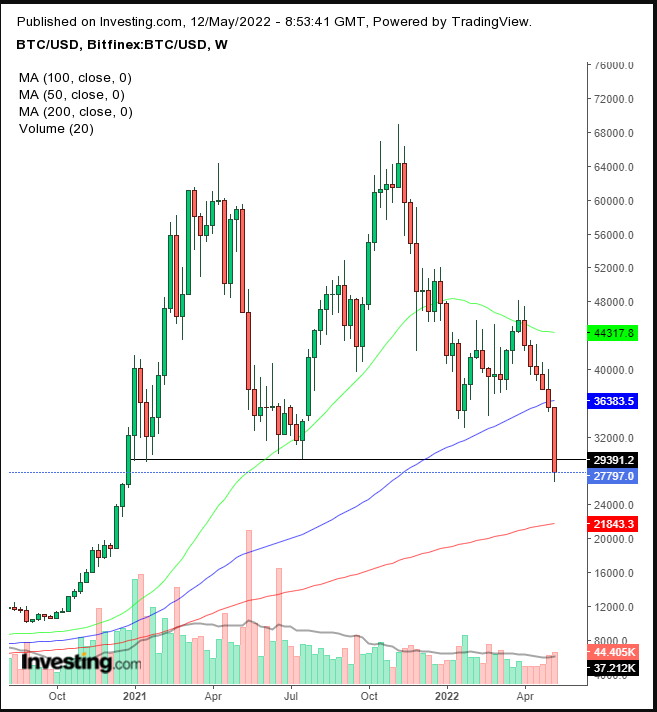 The cryptocurrency fell to its lowest since December 2020, completing a massive double top amid heavy volume, which puts it on track to in the thousands.

prices continued to fluctuate, falling back toward $103 after the $106 mark just yesterday. 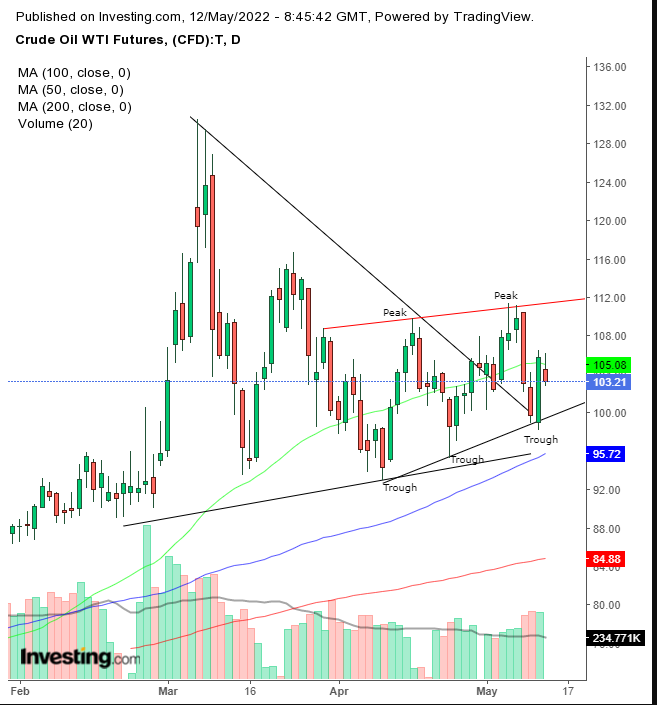 After completing the bullish Symmetrical Pattern, the price has been ranging within a rising pattern, slightly wedged. A break above $112 should send prices to retest the March peak.