, , , and futures fluctuated between gains and losses on Thursday, ahead of the New York session as yesterday’s release of the from the Federal Open Market Committee (FOMC) meeting earlier in May failed to calm market worries about the path for interest rate hikes going forward and the effect they might have on economic growth.

European stocks were slightly higher as rising oil prices persuaded traders on the continent to bid up energy stocks.

Although the minutes showed that all committee members were in agreement on a half-percentage-point rate increase, traders have some concerns that the planned rate hikes may not materialize as some Fed members have expressed worries that ongoing hikes will cause financial instability.

Just a week ago, Kansas City Fed President Esther George the Fed is not considering the impact of rates on the stock market. Yesterday’s minutes showed some FOMC members were concerned about Treasuries and commodities, but not about the stock market which some investors considered an unclear message.

In addition, that Apple (NASDAQ:), the maker of the ubiquitous iPhone, will maintain its current production levels for 2022 as demand cools for smartphones, may be further evidence of slowing consumer spending.

In Europe, the Index climbed for the second day, boosted by energy companies.

The pan-European benchmark’s current advance could be part of a Rising Flag, bearish after a drop. A downside breakout would slip further below the March trough, establishing a descending series of peaks and troughs, satisfying the conservative approach of a downtrend with highs and lows independent of the previous trend.

Earlier Thursday, Asian markets were mixed with the closing up 0.5% while Hong Kong’s , Japan’s and South Korea’s all closed in negative territory.

How has the Treasury market reacted to the minutes? Investors increased demand for the sovereign bonds, pushing yields on the Treasury to their lowest level since Apr. 13. Investors had been selling Treasuries between the Mar. 7 bottom and the May 6 high. The outlook for higher rates sent stocks spiraling. 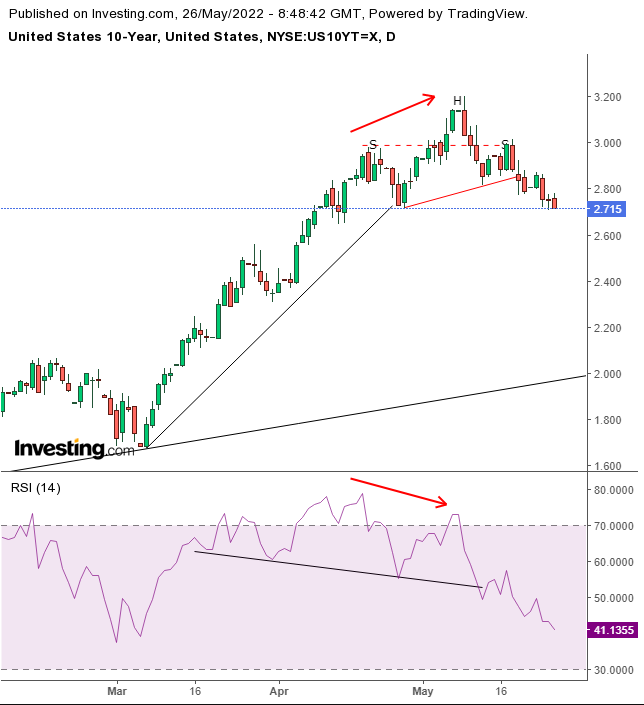 Investors have returned to the bond market as stocks were being sold off, in search of a safe haven and as an inflation hedge; many think Fed policy could end up chasing inflation higher rather than getting ahead of it.

The was flat to slightly lower. 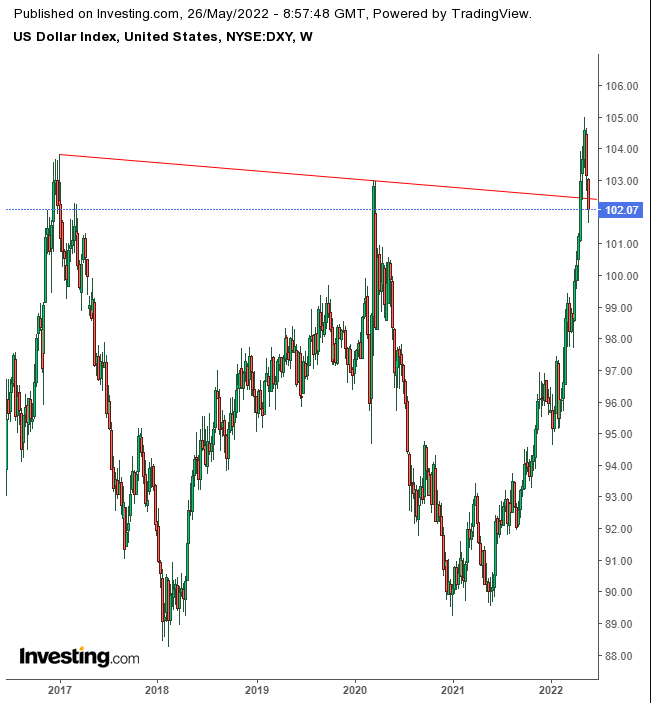 The greenback fell back below the neckline of a massive range in play since 2016. Will the USD now fall back toward its bottom or will it find support by the trendline and repeat the double-digit percentage of the range’s topside? That probably depends on the Fed.

was marginally lower, down for the second week in a mirror image of the dollar’s rise. The following chart shows investor indecision between focusing on inflation, which boosts the price of the precious metal, or rates, which should dent it. 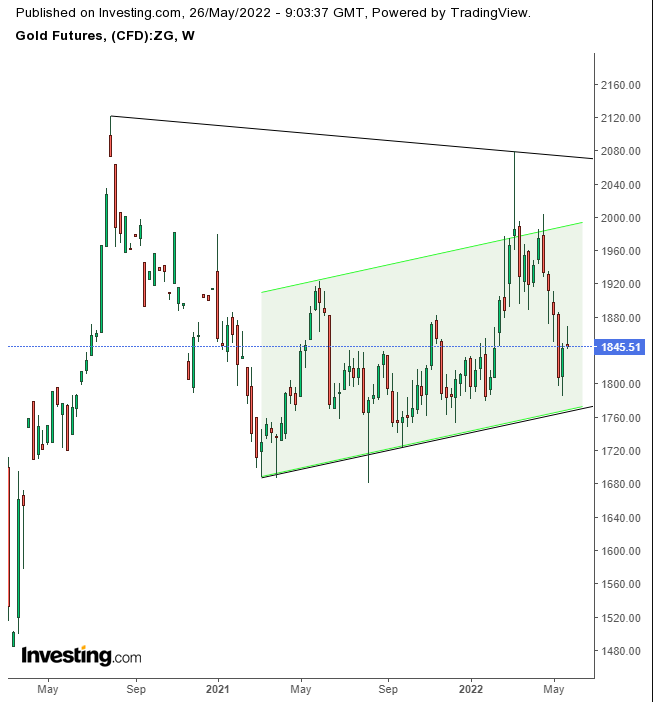 The yellow metal is trading within an overall symmetrical triangle—illustrating the epitome of indecision—though the majority of the interest appears within a rising channel. However, if the dollar does accumulate at the top of its range, gold will likely fall below its March lows.

declined for a second day. 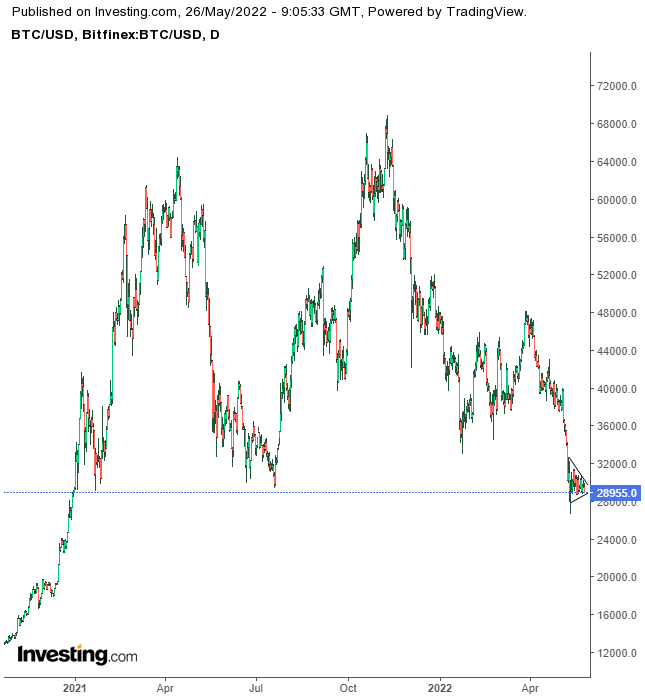 Although the cryptocurrency remained within the same congestion, it is at a critical level which will determine if the price will fall much lower.

edged up for the second day.

US stock futures tick up after upbeat earnings from Macy’s

Bombardier workers mull new wage offer of up to 18.5% over 5…