US futures on the , , , and were trading higher ahead of the New York open on Thursday. European stocks slid a quarter of a percentage point when markets opened there as traders await the which will be released today at 7:45 a.m. EST (1145 GMT).

Gold was weaker on dollar strength.

Earlier today, US contracts fell on news from Asia that Shanghai had announced a new coronavirus lockdown to begin on Saturday, after having eased some restrictions last week. The latest COVID restrictions upended recent bullish declarations that a global recession is less likely as supply chains are expected to return to normal.

However, futures have since recovered and are now pointing to a positive Wall Street open.

Meanwhile, the Index fell for the third day, with consumer products and basic resources, but has rebounded from session lows.

Until now, traders were wagering that the ECB will raise rates 75 basis points by September, beginning with the first of three 0.25% increases in July. However, current pricing suggests traders now expect an extraordinary 50 basis point bump in September. Last week the Eurozone reported annual was running at 8.1%, more than four times the central bank’s 2% target. ‘s and ‘s rare 50 bps hikes underscore the view that the ECB may have to catch up with the global economy.

Most Asian indices closed in negative territory on Thursday, as a tech rally reinforced the opinion that the market may have bottomed. Australia’s lost 1.42%, underperforming the region. Ironically, the sharpest interest rate increase from the RBA in 22 years caused a selloff that pushed the country’s four largest lenders to multi-month lows. Although higher rates enable banks to increase their profit margins, growing concerns of a housing market crash, which would hurt bank profits, spooked investors there.

US stocks fell on Wednesday, ending a two-day rebound. The closed near the session bottom, and all sectors—excluding which closed up 0.22%—declined. Matching up with Australia’s housing scare, the S&P dropped 2.4%, underperforming.

The S&P has been trapped in the same approximate 100-point range between 4075 and 4175 for almost two weeks. There is a technical reason for this churning.

The price has been struggling precisely on the neckline of a possible H&S top.

The fell 0.8%, reversing a 0.5% gain, with chipmakers selling off after Intel’s (NASDAQ:) CFO shareholders that the upcoming quarter would fall short of management expectations, sending the stock down more than 5%, to its lowest since 2017. 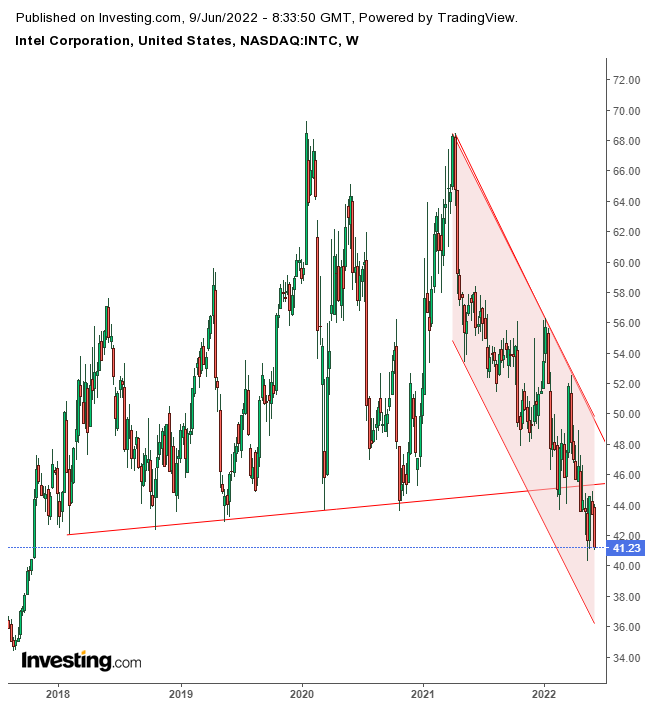 The stock price registered a new low after completing a top.

Treasury yields on the note gave up some ground but maintained the 3.00% levels. The rose for the second day, though it could not penetrate a resistance level. 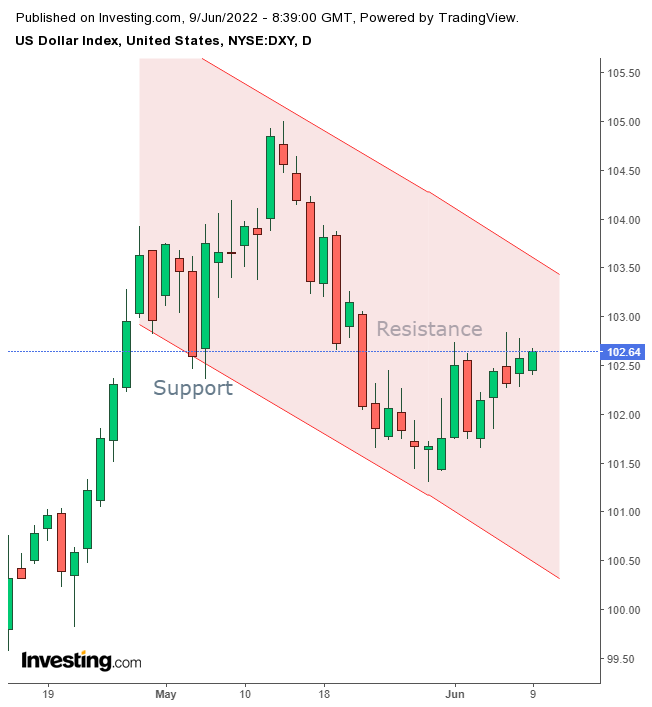 The greenback is struggling for the second day to make new highs after Tuesday’s Shooting Star—a candle presumed bearish after giving up session highs, disappointing the bulls which helped the index get there. Moreover, the Shooting Star underscored the support/resistance level going back to early May. 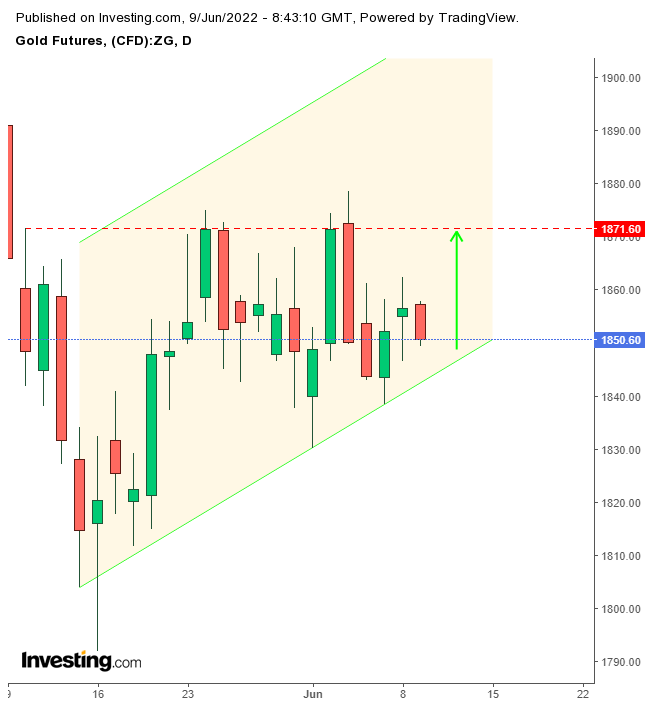 Short-term traders may take advantage of the yellow metal’s price proximity to the bottom of its short-term Rising Channel, counting on a rebound to test the $1,871.60 resistance, where the price found a ceiling three times since May 10, before testing the Channel’s top.

edged higher after a two-day decline. 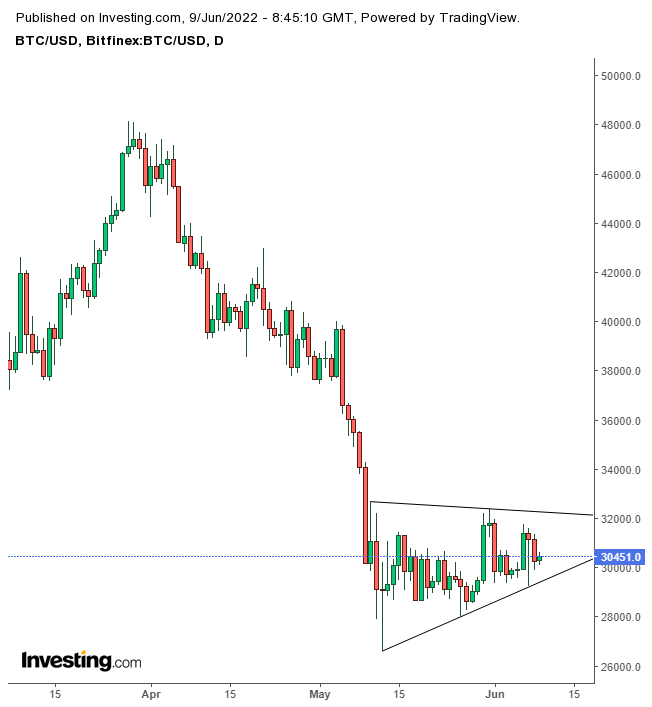 The cryptocurrency remains trapped within a range we is bearish, after the initial plunge and within the larger bearish picture.

was little changed, remaining around its record high due to ongoing .

DWS chief in line for millions of euros in severance pay

The S&P 500 Is Following A Deceptively Simple Path

Stocks May Suffer As The 2-Year Rate Breaks Out

World Bank to discuss in October replacement for…

Japan intervenes to prop up the yen By Reuters