The  sector has powered the higher since early October. Much fanfare was made about the notching its best month since 1974, but technicians often like to look under the hood to see what’s driving price action.

The past seven weeks or so have featured blue-chip multinational Industrials soar in price, much of the gains coming from positive earnings reports. Shares of Caterpillar (NYSE:), Boeing (NYSE:), Honeywell (NASDAQ:), and 3M (NYSE:) have provided years’ worth of gains over a handful of weeks.

, while up impressively from their October low, are not quite as bullish as large-cap diversified indexes. That reality catches the attention of technicians everywhere. The century-old Dow Theory, among its six tenets, says that price indexes must confirm each other for a healthy trend to be in place. Right now, I see a decoupling between the DJIA and the Dow Transports.

Let’s start with the positive piece—the Dow 30. Notice in the chart below that the DJIA is comfortably above its 200-day moving average and making a run at the August high. The price-weighted index’s chart, with UnitedHealth (NYSE:) as the biggest holding at more than 10%, looks better than so many other areas of the market. The last several sessions have the hallmarks of a bull flag pattern to me, implying the next move will be to the upside. But do the transports confirm that bullish outlook?

The answer is no. The above Dow Jones Industrial Average SPDR ETF (NYSE:) chart contrasts with the iShares Transportation Average ETF (NYSE:) in that the latter is well below its August high and failed again at rising above its 200-day moving average. Not even lower oil prices lately have helped the transports. Dow Theorists, and technicians more broadly, must monitor the August highs on both of these ETFs. We are in bearish mode, confirming the overall cyclical bear market, until new rebound highs on both the industrials and transports are made.

So, the focus is on the transportation average, specifically. We can look for additional clues using historical seasonal patterns. According to Equity Clock, IYT often struggles somewhat against the S&P 500 now through early January. Despite this being a positive time on the calendar for much of the equity market, transports sometimes do not lead the way. They do, however, perform relatively well starting in early January through early May. It is one sign that some volatility could be on the horizon for the broad market which might be the contrarian take. 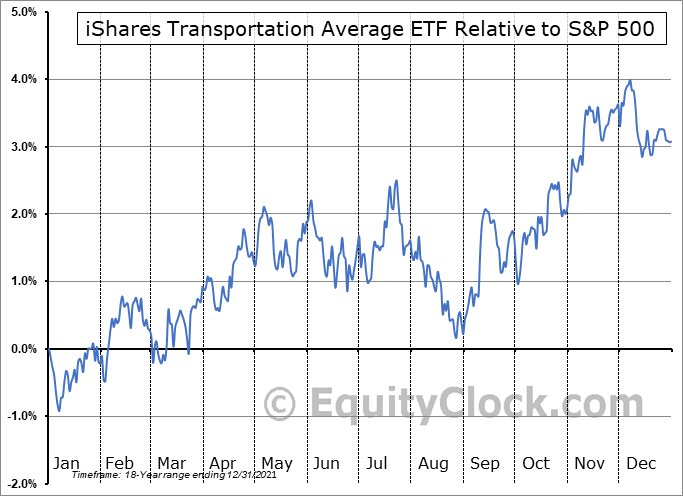 The Dow Theory waves a caution flag right now as the transportation average is sharply underperforming the DJIA. Bulls want to see alpha out of IYT to help give legs to the current rally.

Disclaimer: Mike Zaccardi does not own any of the securities mentioned in this article.

Shanghai protests: ‘We want everyone to hear our voice’

When Will the Bear Market End and the Phase of Hope Begin?

‘No way we can open’: China’s zero-Covid exit plans unravel